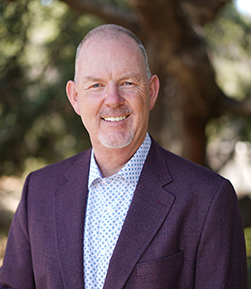 Philip is the senior pastor of Kindred Community Church and dynamic speaker on the national media program, Know The Truth.

Philip De Courcy has more than 33 years of pastoral ministry experience. He is the senior pastor of Kindred Community Church in Anaheim Hills, California, and teacher on the daily national and international media ministry, Know The Truth, which celebrated its 10th anniversary in 2020.

Philip was born in Belfast, Northern Ireland. At sixteen years of age, Philip trusted Christ as his personal Savior. Before entering the pastorate, Philip worked as an aircraft engineer and served as a reserve police officer in the Royal Ulster Constabulary. Philip is a graduate of the Irish Baptist College and The Master’s Seminary.

He and his wife, June, have three grown daughters and one son-in-law, recently becoming grandparents to a beautiful granddaughter.